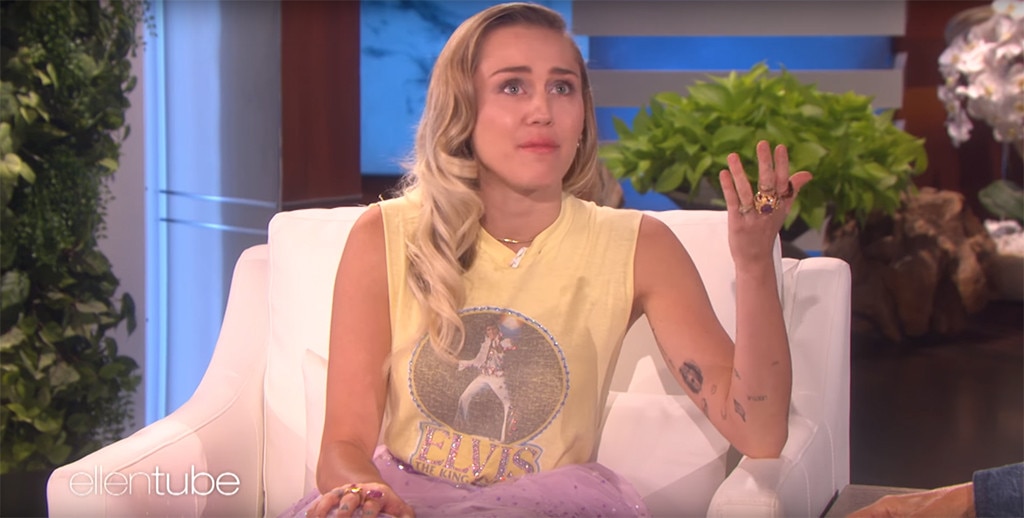 END_OF_DOCUMENT_TOKEN_TO_BE_REPLACED

New single “Younger Now” by Miley Cyrus out now! Pre-order new album ‘Younger Now’ (out 9/29) to get it instantly plus 2 more tracks.

END_OF_DOCUMENT_TOKEN_TO_BE_REPLACED


Early on Friday morning, global superstar Miley Cyrus gifted the world with the second sample of what it’s like when she puts down the synths and the production software and allows real instruments to do the heavy lifting.

The just-released “Younger Now” serves as the second single from her upcoming sixth album of the same name, which is expected on September 29. The full-length follows 2013’s Bangerz, which saw her go in a number of different poppy directions, many of which were commercially successful, and 2015’s Miley Cyrus & Her Dead Petz, which failed to chart entirely, but which was probably more of a passion project for her than a serious attempt at glory. END_OF_DOCUMENT_TOKEN_TO_BE_REPLACED

END_OF_DOCUMENT_TOKEN_TO_BE_REPLACED


Miley Cyrus announced that she will release a new album, “Younger Now,” on Sept. 29, via a post on her website bearing just the album’s title and the release date.

The album, her sixth, is expected to be the more-or-less official follow-up to her 2013 hit album “Bangerz,” which debuted at No. 1 on the Billboard 200 and passed the million-sales mark several months later. In 2015 she released a collaboration with the Flaming Lips, “Miley Cyrus and Her Dead Petz,” an odd, experimental and admittedly weed-influenced outing that was released as a free download immediately after her appearance as host of the 2015 MTV Video Music Awards.

END_OF_DOCUMENT_TOKEN_TO_BE_REPLACED


With the MTV Video Music Awards less than three weeks away, the network has revealed its first group of performers for the Aug. 27 show.

The VMAs take place at the Forum in Inglewood, Calif.

Watch the MTV promos announcing the performers below:


Miley Cyrus will be honored with the ultimate choice award at Teen Choice 2017.

The multi-hyphenate is accepting the prize for her involvement in the awards show for more than a decade. Cyrus, who has taken home 18 Teen Choice Awards, is one of six artists in Teen Choice history to receive this award. She scored four additional nominations this year.