“This is really weird because this is, like, real jewelry and most of my jewelry is made out of gummy bears and cotton candy,” Cyrus said. “They don’t look that good together because they kind of mix up so sometimes I replace it with an actual unicorn or a Looney Toon. And he’s kind of like, ‘What’s going on?’ and I am like, ‘This isn’t really my aesthetic, but I’ll wear it because you love me.’”

Since rekindling with Hemsworth late last year, Cyrus hasn’t talked much about her relationship, but she insisted that she is fully committed to him despite not wearing her ring sometimes. While things seem to be going swimmingly for the couple, she said she doesn’t really want to get married. If Miley does decide to walk down the aisle one day, we can imagine the amount of gummy bears and cotton candy that would be involved.


On the latest season of NBC’s “The Voice,” Miley Cyrus has reinvented herself from a twerking pop star to a mama-hen mentor. “I cry all the time,” Cyrus says about having to axe members of her team during the show’s elimination rounds. Behind the scenes, she dispenses copies of the self-help book “The Untethered Soul” to her contestants, trying to calm them down before live performances. On camera, she showcases an eclectic style — like an outfit covered in paper flowers — meant to counteract any last-minute jitters.

“I think it makes the contestants feel safer,” says Cyrus of her colorful wardrobe. “When I turn around, people laugh and feel lighthearted. I think they get to see that side of me.”

For many years, Cyrus had a different public persona. “People saw me as being wild, and literally all I do is I’m obsessed with yoga, I love hiking, and I’m reading constantly. My life is so positive. From the outside, people think I’m partying with rappers. That was back in my prime.”

END_OF_DOCUMENT_TOKEN_TO_BE_REPLACED


Miley Cyrus has this term: “doing it.” It roughly translates to “trying” or “acting”—and it’s not a compliment. Because, in Miley World, one of the worst things you can be is disingenuous. (People who suck up to her because she’s famous are “doing it”; the notoriously curmudgeonly Woody Allen, who directed her in this fall’s Amazon series, Crisis in Six Scenes, is, according to Cyrus, “not doing it.”)

END_OF_DOCUMENT_TOKEN_TO_BE_REPLACED 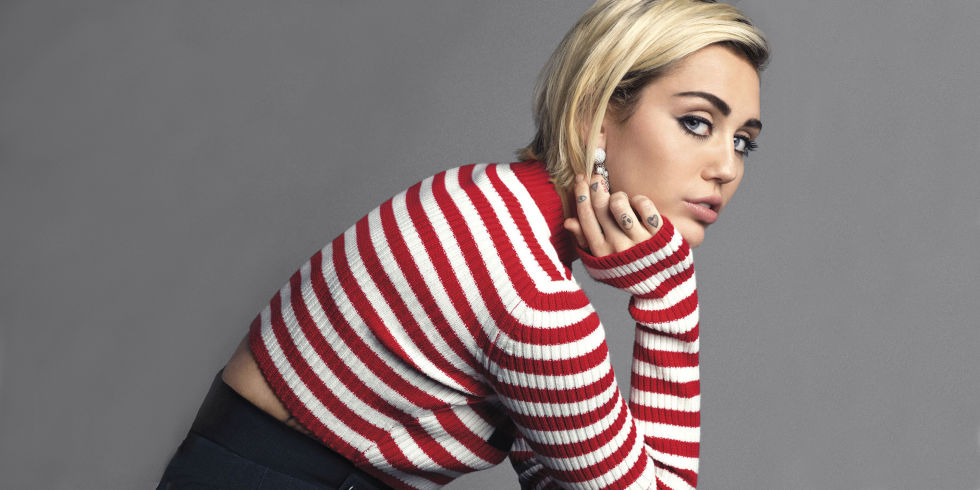 1. Growing up on ‘Hannah Montana’ gave her unrealistic beauty standards.

“From the time I was 11, it was, ‘You’re a pop star! That means you have to be blonde, and you have to have long hair, and you have to put on some glittery tight thing.’ Meanwhile, I’m this fragile little girl playing a 16-year-old in a wig and a ton of makeup. It was like Toddlers & Tiaras. I had fucking flippers.”

2. And those beauty standards led to body-image issues.

“I was told for so long what a girl is supposed to be from being on that show. I was made to look like someone that I wasn’t, which probably caused some body dysmorphia because I had been made pretty every day for so long, and then when I wasn’t on that show, it was like, Who the fuck am I?”

“Every morning, I was getting coffee jammed down my throat to wake me up. I just had to keep going, be tough, be strong. Everything happened to me on that set.” END_OF_DOCUMENT_TOKEN_TO_BE_REPLACED


Miley Cyrus Is Just Trying to Save the World 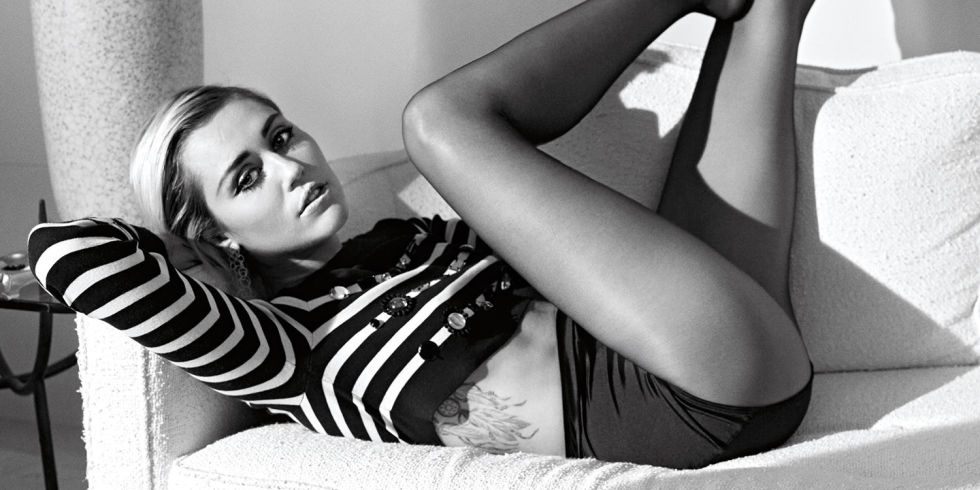 A homemade “good vibes only” banner provides a cheery welcome when entering Miley Cyrus’ recording studio, a cozy space adjacent to her home in L.A.’s San Fernando Valley, furnished with an inviting couch, cluttered work desk, and hanging light fixtures that resemble clouds. The coffee table boasts photo books, an ashtray, doodle pads, a bottle of Cîroc, stickers, Polaroids, a sculpture of a brain. Her microphone is wrapped in rainbow tape. A blow-up plastic alien doll leans in the corner.

END_OF_DOCUMENT_TOKEN_TO_BE_REPLACED


Miley Cyrus: ‘You Can Just Be Whatever You Want to Be’

It doesn’t take much to summon a whirlwind of words from Miley Cyrus, who answers every question with a torrent. She darts from memories of football games in Nashville to pop star etiquette to how America is obsessed with sex—all so quickly that some words are hard to distinguish. (Except the profanity, which she uses at roughly the same rate teens use emoji.) Occasionally she slows, camping up her light Nashville drawl to mock the conservative politicians who are at odds with her new social-justice mission: teaching America that there’s more to gender than deciding someone is a girl or boy in the delivery room—and supporting people across the gender spectrum. END_OF_DOCUMENT_TOKEN_TO_BE_REPLACED

Miley Cyrus is in the midst of making a heated point about animal rights, and she’s getting so worked up about it her cheekbones are jabbing the keypad of the telephone, punctuating our conversation with errant beeps. She’s calling from “the middle of the jungle” — or, more specifically, a tiny island in the Caribbean, where she’s on vacation with her family. “If you could see where I am right now, you would be laughing so hard,” she says. “I feel like I’m in the middle of the Bermuda Triangle, and something is about to zap me into nothingness.”

END_OF_DOCUMENT_TOKEN_TO_BE_REPLACED

A few things are troubling me when I turn up at the LA studio where I am scheduled to interview Miley Cyrus about her collaboration with make-up brand Mac. For a start, I’m worried about whether I will recognise her with all her clothes on. I’ve been perusing the singer’s Instagram account, and there has been an awful lot of nudity on it lately. Recent highlights include a picture of a woman’s hand down her own shorts and the caption “a masturbate a day keeps the haters away”. There are photos of Miley in the bath with only some strategically placed foam for modesty, taken as part of a shoot for V magazine. There are shots of Miley lounging around, completely naked except for some socks. It’s all a long way from Hannah Montana.

I’m also slightly concerned that I’m in Hollywood, and she, at least according to the morning’s papers, is in Hawaii, where she’s been “cavorting around in” (read: “wearing”) a teeny weeny red bikini with her new boyfriend, Patrick Schwarzenegger, the son of Arnold and Maria Shriver.

My fears are not entirely allayed when the PR representative for Mac, with whom Cyrus has just launched a hot-pink lipstick as part of its Viva Glam range, warns me that “there might be a bit of a wait”.