1. I would always: Be home with my pig if I could—her name is Pig.
I would never: Leave home without Pig. Like right now, the only reason why I wanna go home is so I can play with Pig. She lets me paint her nails!

2. I’m picky about: Food. I’m better now but not that much better. I didn’t eat anything green until I was 18. I only ate yellow food.
Not so much about: Fancy hotels. At some of the places we stayed while we were on tour, everyone was like, “This is shady.” I’m like, “They got room service, I’m happy.”

3. Glad it’s ahead of me: I’m 21, and I have a lot of options of what I could do in my life. And my next album is gonna be really fun. I think I’m going to do a lot of cool things by the time I’m only 25. Then I have longer to do some other really cool things.
Glad it’s behind me: I had some shady wardrobe choices when I was about 16 to 18. I wore this hippie outfit to Justin Bieber’s Never Say Never premiere that I’m like, Girl, who told you—it was not Woodstock, it was a premiere. END_OF_DOCUMENT_TOKEN_TO_BE_REPLACED


Miley Cyrus sat down with Glamour’s Alessandra Stenherr to talk about Miley’s new team-up with MAC and their Viva Glam line. The video was conducted during Miley’s press conference for the new line last year.

On working with MAC: “I think it’s important for me, someone who talks to so many young people all the time, being able to take advantage of the platform that I’ve been given. That’s why MAC is so cool – they do the same thing. It’s so easy when you have everything to not wanna give back in this way, but MAC are using their power for good, versus kind of doing nothing with it.” END_OF_DOCUMENT_TOKEN_TO_BE_REPLACED

I: I follow you on Instagram and through your photos you look totally different than the woman i’ve seen at the Viva glam party, since you are mature. Are you the woman I follow on Instagram? Or the one that attended the party? On Instagram you’re enjoying yourself more?
M: I was enjoying myself at the party too. That’s my personality & I liked to act myself. I had to do that & everyone who were in the room were happy about this event. I was happy to donate 100 thousand dollars for a cause that deserved it. Rihanna will also be donating the same amount, and we felt that we’re all lucky with what were doing. I was enjoying myself really and I’m the same person. END_OF_DOCUMENT_TOKEN_TO_BE_REPLACED

January 9th, 2015 / 0 comments / Craig
Miley Smoked the Biggest Blunt the World May Have Ever Seen
Uncategorised

Want to know what Miley Cyrus was up to last night?

Well, look no further than her wacky, colorful Instagram page for explicit details on how the pop star spends her free time.

Around midnight last night, the former Disney darling shared a photo of herself smoking what appears to be a blunt that’s bigger than her entire head.

During an interview with Rolling Stone in 2013, the “Wrecking Ball” crooner revealed that she thinks “weed is the best drug on Earth.”

“One time I smoked a joint with peyote in it, and I saw a wolf howling at the moon,” she told the music mag.

“Hollywood is a coke town, but weed is so much better. And molly, too. Those are happy drugs—social drugs. They make you want to be with friends. You’re out in the open. You’re not in a bathroom. I really don’t like coke. It’s so gross and so dark. It’s like what are you, from the ’90s? Ew.” 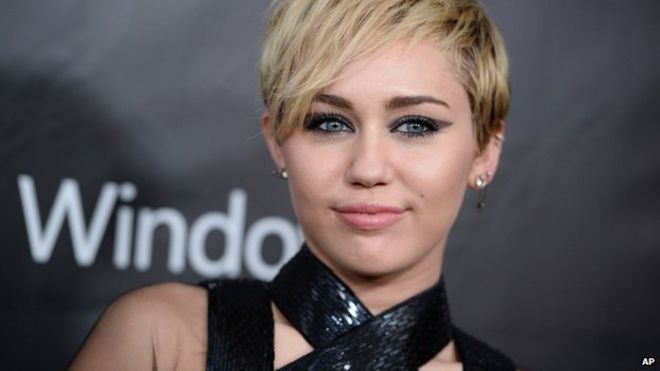 Miley Cyrus has had her home burgled for a second time in less than a year – with the most recent break-in taking place just before Christmas.

The man accused of burgling her Los Angeles home on 16 December has now pleaded not guilty to all of the charges against him.

Rusty Sellner, who was arrested on Monday, is accused of burglary, theft and receiving stolen property.

He faces up to seven years and eight months in prison if convicted.

According to the prosecution, Sellner broke into Miley’s home in Toluca Lake, an area known for its celebrity inhabitants, and stole things belonging to the singer and her brother.

Back in May her home in San Fernando Valley was broken into and thieves took clothes, bags, jewellery and a car that was later found abandoned.

A couple from Arizona were sent to prison for that burglary.