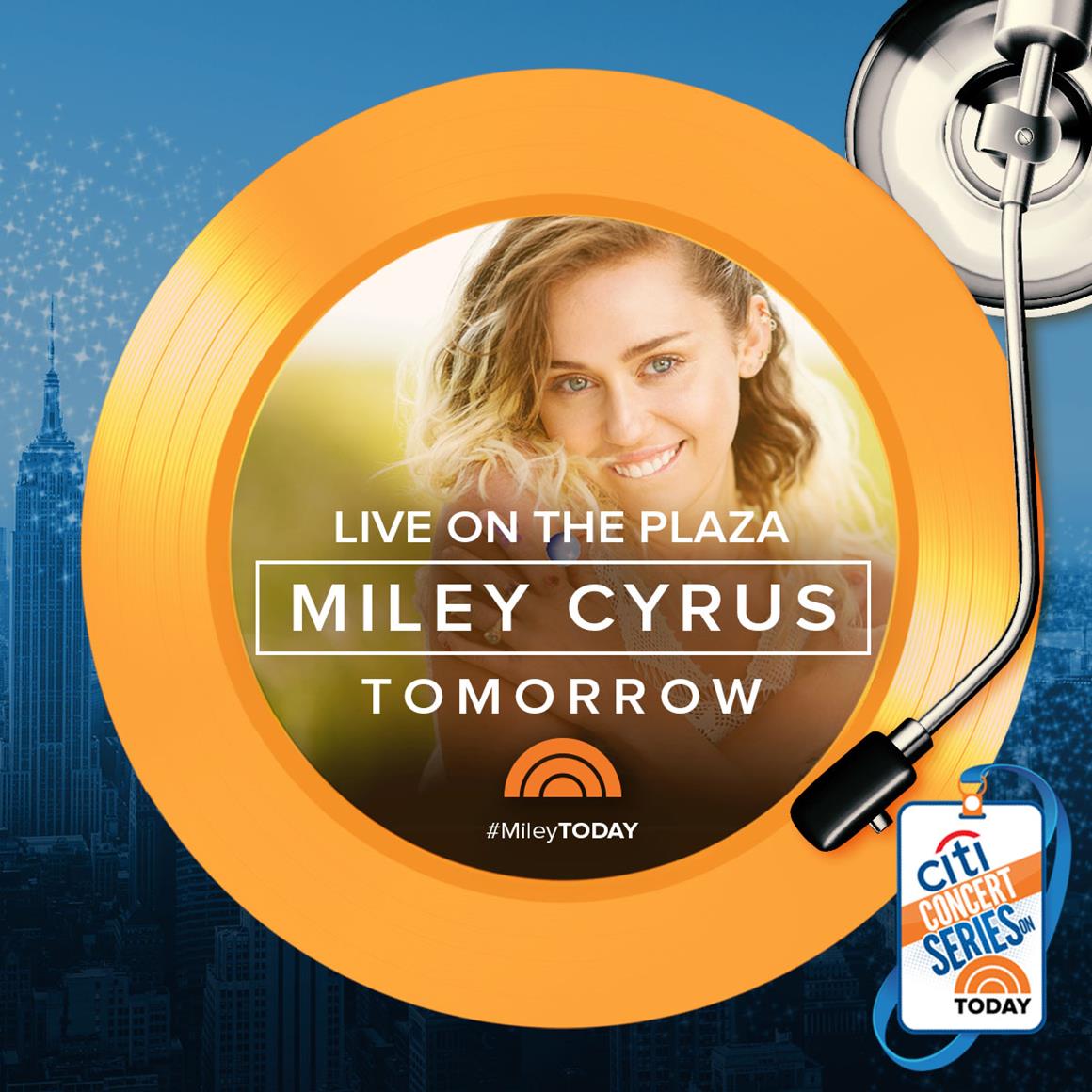 Global superstar and season 13 coach Miley Cyrus will return to “The Voice” stage to perform her new single, “Malibu,” which is the first single off of her forthcoming album due for release later this fall. “Malibu,” which is available now at all digital retail providers, has hit #1 at iTunes in more than 35 countries and the video is now over 40 million views in just a few days.

In addition to performing on “The Voice,” Cyrus will perform the song for the first time on television on this Sunday’s “Billboard Music Awards,” as well as NBC’s “Today” Summer Concert Series on Friday, May 26 and at iHeart Media’s iHeartSummer ’17 Weekend by AT&T taking place at Fontainebleau Miami Beach on Friday, June 9 and Saturday, June 10.


Miley Cyrus brought her beachy new single “Malibu” to the stage for the first time ever on Saturday at KIIS FM’s Wango Tango.

The “Bangerz” singer, dressed in a simple white tank top and shorts, had the stage decorated with plenty of rainbow balloons, just like the ones she carries in newly released music video, and a screen with the ocean behind her. Cyrus was a special guest performer at the show, which also included sets by her younger sister, Noah, as well as pop stars Katy Perry, Halsey and Zedd.

After performing her new single, Cyrus thanked her fans for their support of “Malibu,” which hit No. 1 on the Billboard + Twitter Trending 140 Chart. END_OF_DOCUMENT_TOKEN_TO_BE_REPLACED

END_OF_DOCUMENT_TOKEN_TO_BE_REPLACED

After a long wait, Miley Cyrus‘ new single “Malibu” is here in all its glory. The song debuted on Zane Lowe‘s Beats 1 radio show.

Cyrus and Diane Martel directed the video, which was also released Thursday.

The former Disney darling has spoken about the inspiration behind the track, namely her fiancé Liam Hemsworth, and why the two ultimately had to take a break.

“I needed to change so much. And changing with someone else not changing like that is too hard. Suddenly you’re like, ‘I don’t recognize you anymore.’ We had to re-fall for each other,” she said in a candid interview with Billboard.